Hang around 猿ヶ京(Sarugakyo) in Gunma Pref. – trip on a secret hot spring part2

Head for Sarugakyo by bus

It takes about 40 minutes by bus from 上毛高原(Jomokogen) station to Sarugakyo. Keep in mind that you can’t use prepaid transportation cards like Suica and Pasmo. The way to Sarugakyo surrounded by brilliant green and I felt refreshed. 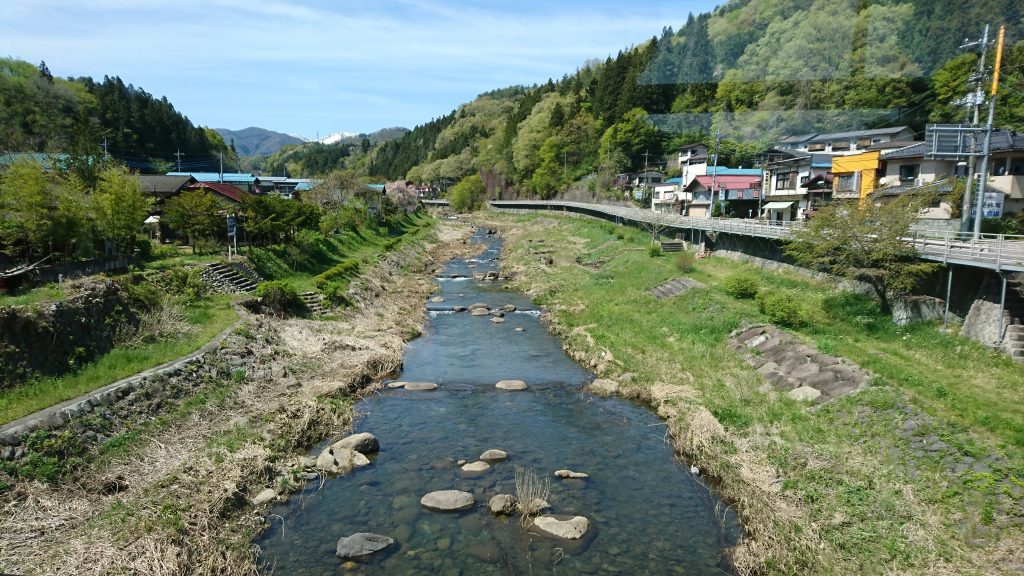 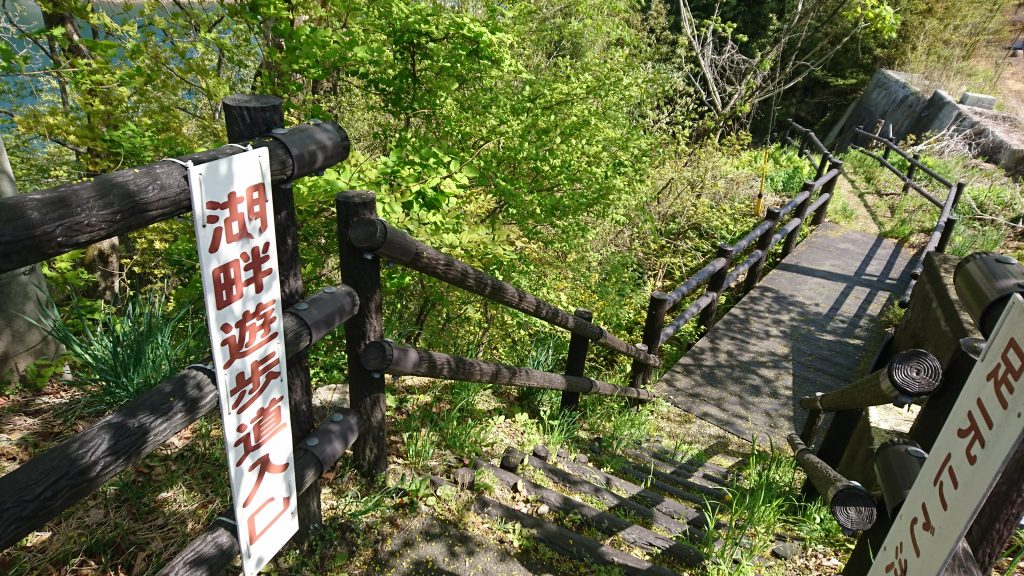 It takes 10 minutes to arrive at the lake. There are a lot of beautiful flowers. 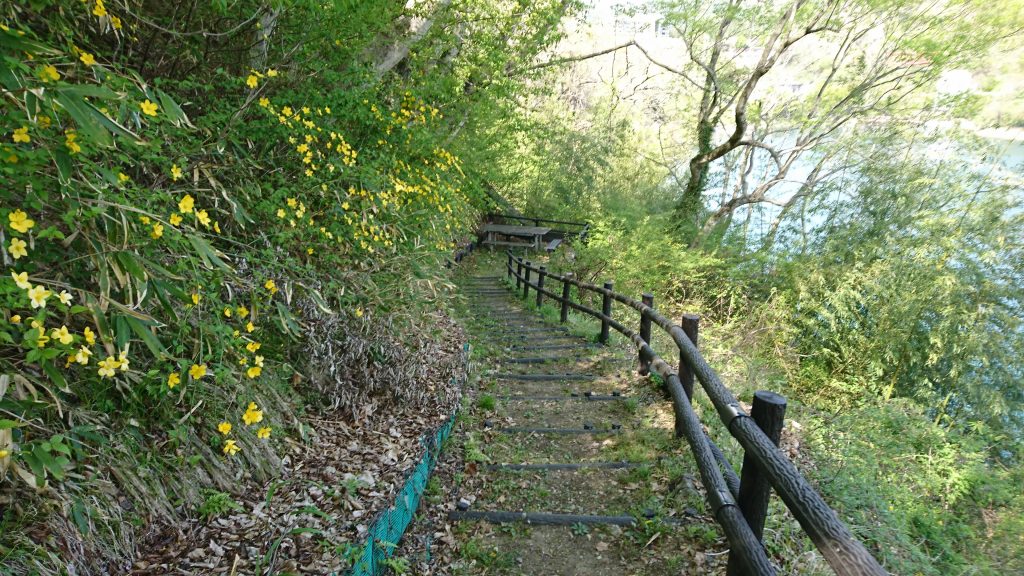 This day was a national holiday called children’s day so the carp streamers called koinobori were displayed across the lake. It was spectacular scenery. 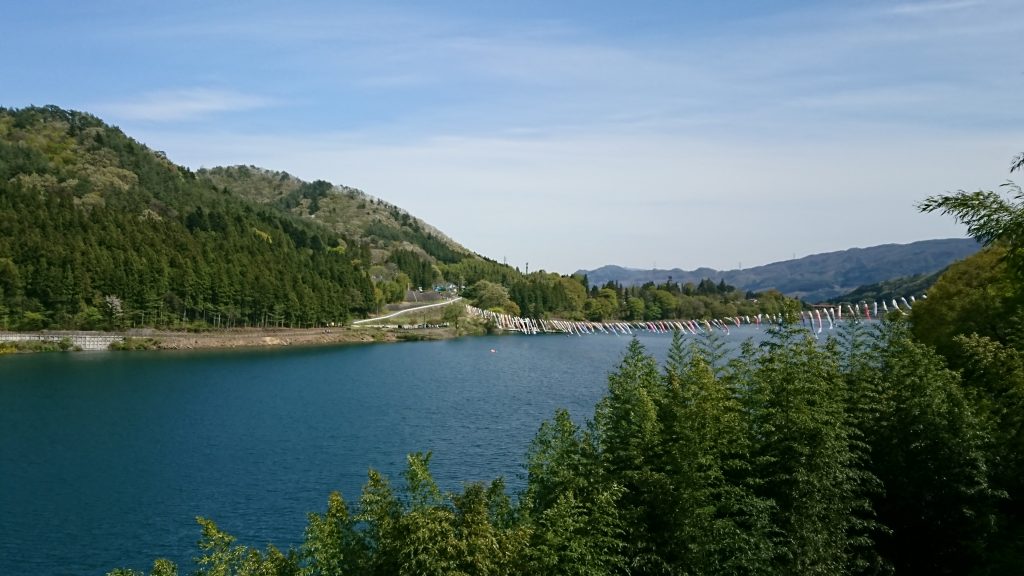 There is a boarding point and you can take a boat so it might be a good idea to row around this lake on a sunny day if you have enough time. We found a Japanese inn with a hot spring named 湖城閣 (Kojo-kaku) near the lake.  You can use the hot spring if you don’t stay in this hotel. 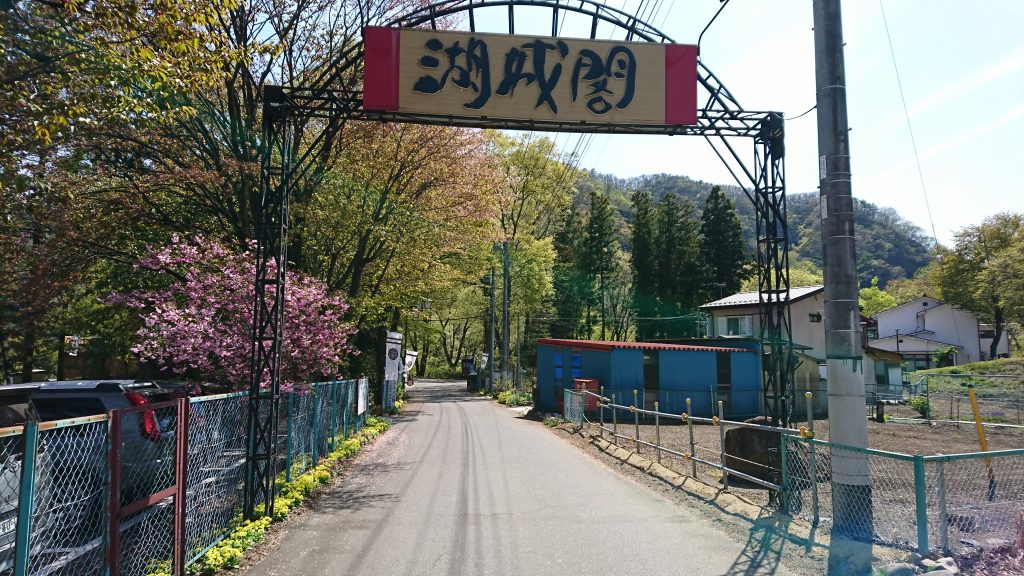 We found another hot spring when walking the town. This town seems it has a lot of hot springs. 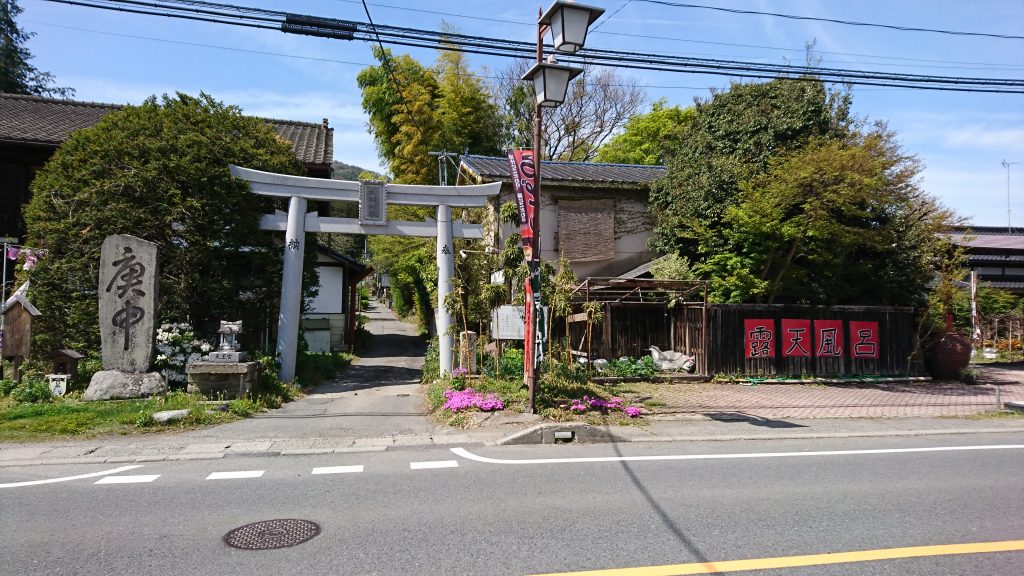 Legend has it that tengu was living here

The name of this town Sarugakyo was named by a well-known warring lord 上杉謙信(Uesugi Kenshin). 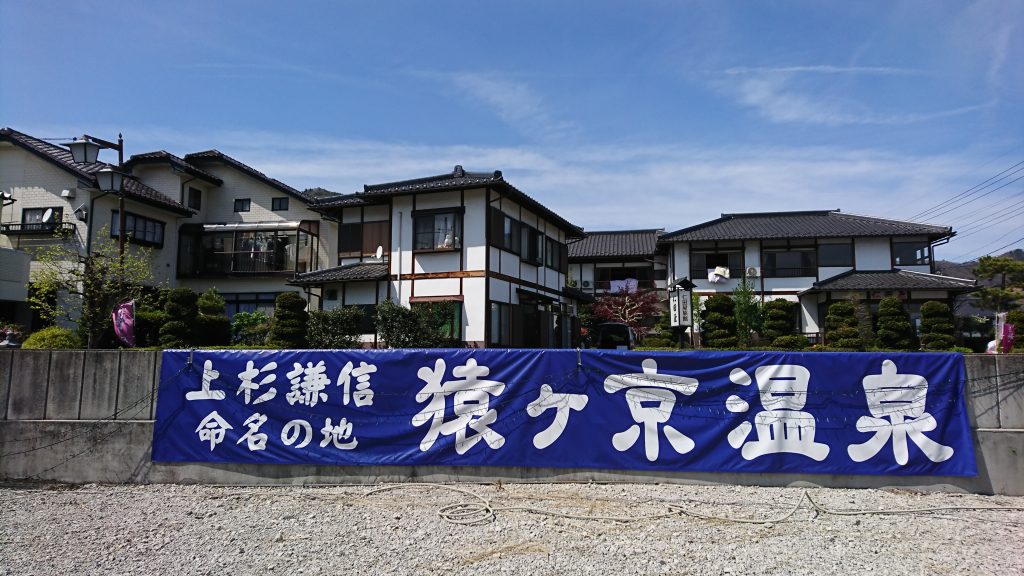 This is the old barrier called sekisho built in the Edo period. There is also a small Japanese garden. 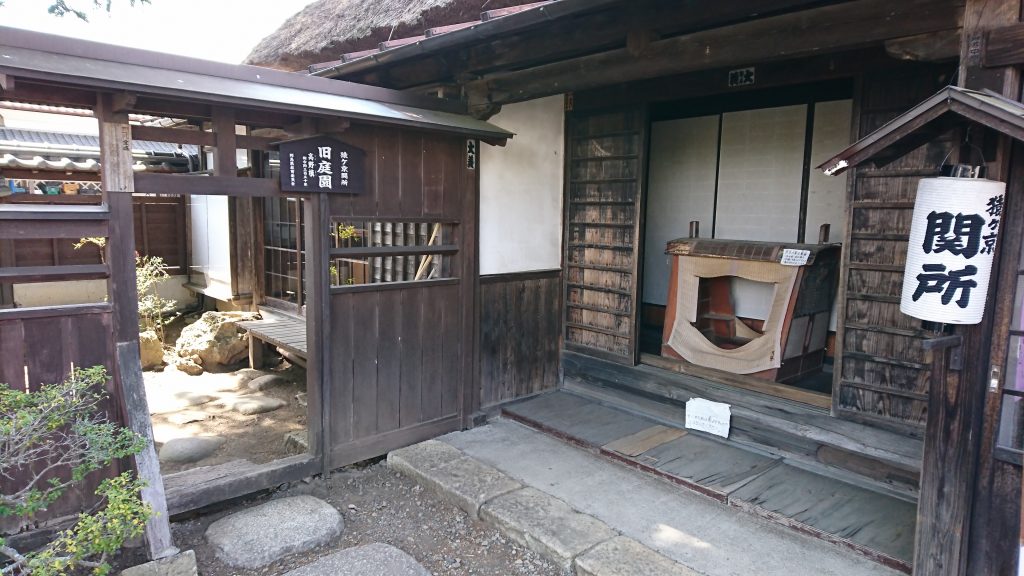 The road beside this barrier was one of the most important roads in the Edo period. A lot of feudal lords and travelers had passed the road. This picture is a Kago,  A palanquin for carrying people,  used in the Edo period. The passenger sits in this Kago and 2 people carry it. 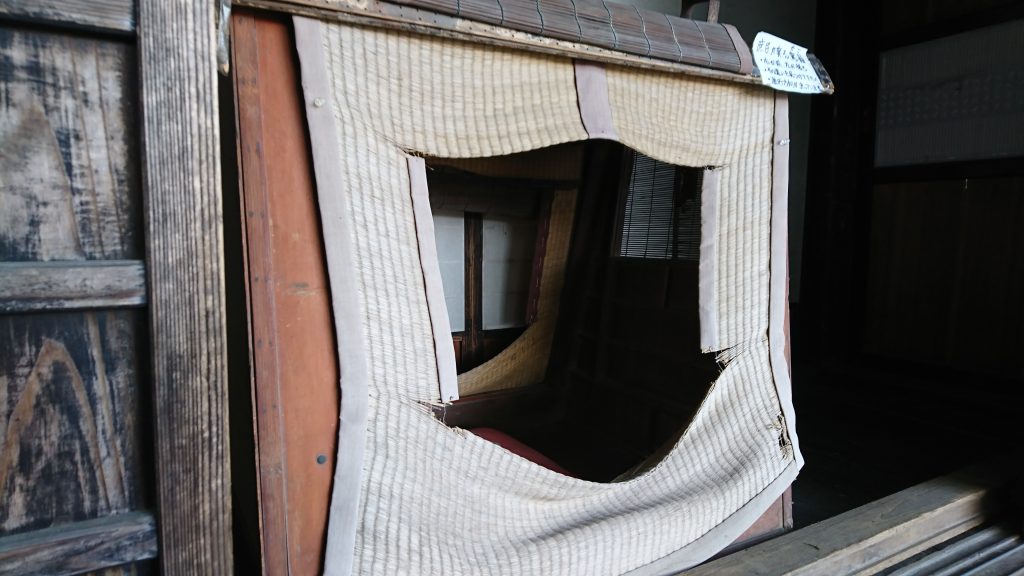 It is said that Tengu,  a creature had a long nose, was living near this town. Tengu was feared but respected by people around here. This picture is a small shrine that deifies the Tengu. 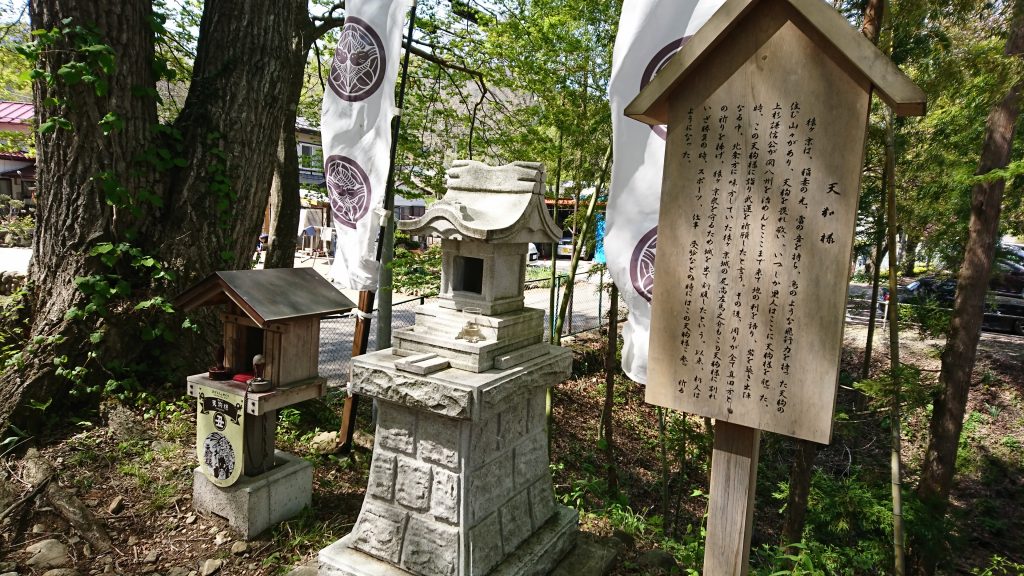 We rode the bus to Hoshi hot spring after hanging out Sarugakyo. I’ll write about there next article.

Go to Jomokogen by the Joetsu Shinkansen line I went on a trip to a traditional Japanese inn with hot spring called 法師温泉(Ho-shi...

足立美術館 (Adachi Museum of Art) has the most beautiful garden in Japan – Shimane Pref.

Adachi Museum of Art is a well-known museum in Shimane prefecture for its beautiful garden. The garden has been chosen as the most...

https://www.youtube.com/watch?v=iwuUjf31Ip0 When you get off Kofu station, the statue of Shingen Takeda catches your eye first. He is...